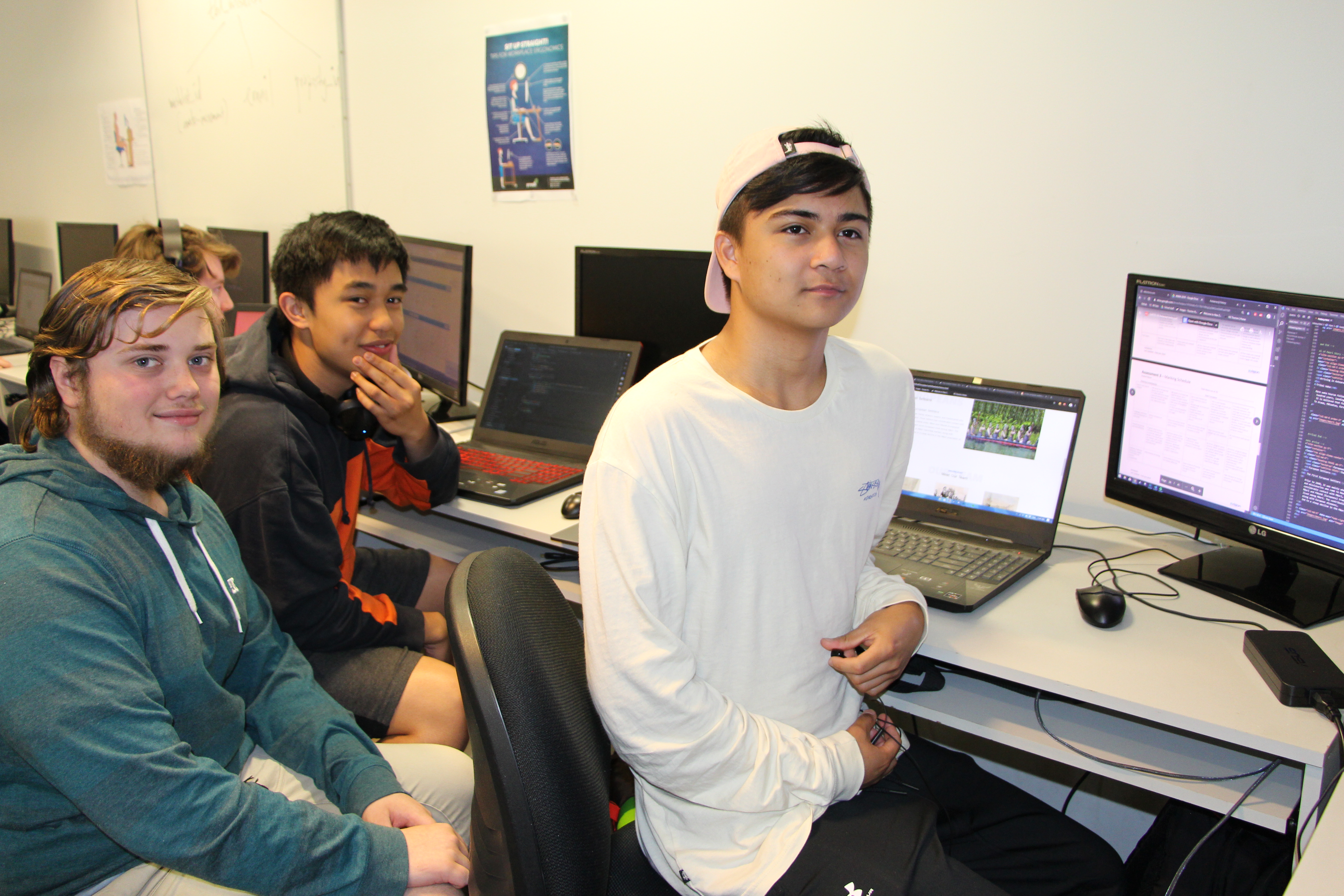 Vision College students Declan Watts, Vaughn Gigatarus and Gerard Garcia had been year 13 students at Christchurch Adventist School in 2018, making up the entirety of the school’s Year 13 Digital Technologies class with Adrian Bell as their teacher.

All three gained NCEA Level 3 and University Entrance so had opportunities to study wherever they chose. Adrian says “he is very proud to have taught these three boys, and while they all could have gone on to do computer science at university, the nature of Vision College is well suited to where they want to go and their personalities”.

In 2018, another previous student of Adrian’s (Femi) also completed the first year of the course and joined these boys in their second year this year.

The boys had looked at other options. Vaughn considered Yoobee School of Design or the University of Canterbury for game design. Gerard thought about being an electrician or perhaps studying electrical engineering at university. Declan was accepted into ARA’s Bachelor of Musical Arts and has been teaching drum for three years. He had considered becoming a music/IT teacher at secondary school.

They all opted for software and web design because it gave them more versatility. “The course at Vision had a stronger focus on hands-on coding and less theory”, they say.

Declan decided there was a higher earning potential with this career than being a school teacher; he also did not want to lose his passion for playing music by being fully immersed in teaching every day.

The boys all say they are doing more hands-on learning and therefore gaining the same focus in the two years as they would likely do in a three-year degree. According to what they have been told by people in the industry, the employment outcomes would be the same, as employers are not as focused on the qualification as they are on the code and structure of their code.

Employers are also interested in seeing their portfolios, as they have the opportunity to create wide-ranging portfolios during the course.

The first year focuses on web development and design, while the second year goes deeper into the software area, which will see them graduate as Full Stack Developers.

Throughout the course, they have opportunities to undertake live client projects. Declan has already completed a website for a second-hand bookshop, with the majority of its business being online. This has involved setting up a database with specific search engines, and shopping carts etc. He has also finished a project for an interactive website including a booking facility for a motor camp at Lake Benmore.

All three boys say they chose Vision for the location of the campus, the people, tutors and staff.

“The classes are smaller than many other places which means more one-on-one interaction with the tutors and the right support when you need it. If you are ahead of the pack you can also move ahead and try your skills out on more advanced projects. It is a nice environment with a good social vibe.”

“They get to know you and take an interest in what you are doing outside of college. We are really looking forward to the second year and getting involved in some more cutting-edge technologies. We will be focusing more on C# and mobile app development, which will set us up well for potential internships and future junior developer roles. We get opportunities to work with live clients throughout the course.”

Click Here to find out more about our Web and Software programmes.